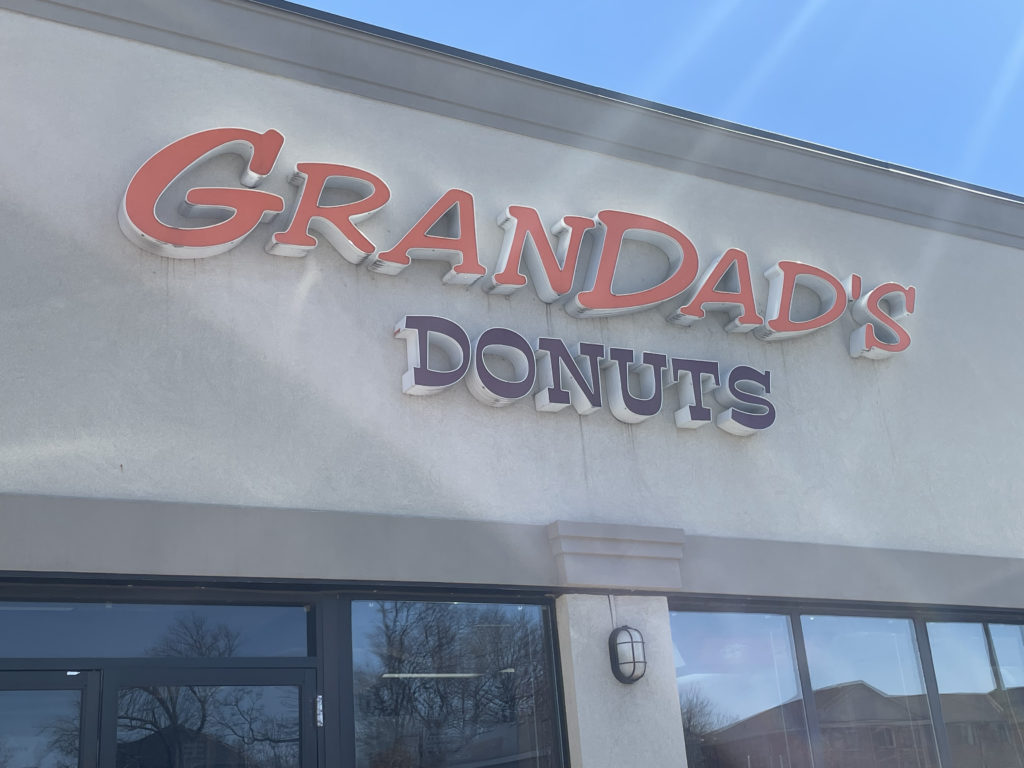 Grandad’s is in the heart of Hamilton and to say the place is unassuming is an understatement. Where most business would update their decor, maybe change their logo, as time trudges on- Grandad’s is stoic in its representation of an old school coffee and doughnut shop from the past.

The place was packed with what we could only assume were regulars and the yellowed white walls, brick tile floor and dim lighting reminded us of going to coffee shops when we were kids with our grandparents.

The ambiance might not be for everyone, but for anyone who grew up in the GTA in the 80’s and 90’s, this place was a blast of nostalgia. The doughnuts themselves were very big (emphasis on the big) but rather than being a boutique experience with trendy flavours and presentation, it was just the classic doughnuts that you would expect to get at Tim Hortons or any other plain doughnut joint- just so much better.

The doughnuts had the right texture – that fried dough fluffiness and sugary glaze sweetness were perfectly balanced. A pleasant surprise was the Apple fritter actually had real chunks of apple in it. The staff were very nice and they even gave us an extra doughnut because one of the ones they gave us was “too small” according to them!

If you are looking for a good, classic doughnut place without all the bells and whistles then you’ll be hard pressed to find a better place than Grandad’s – a dozen doughnuts was only $18.00 which is hard to beat. For those who grew up 20-30 years ago, this place will definitely be a blast from the past.