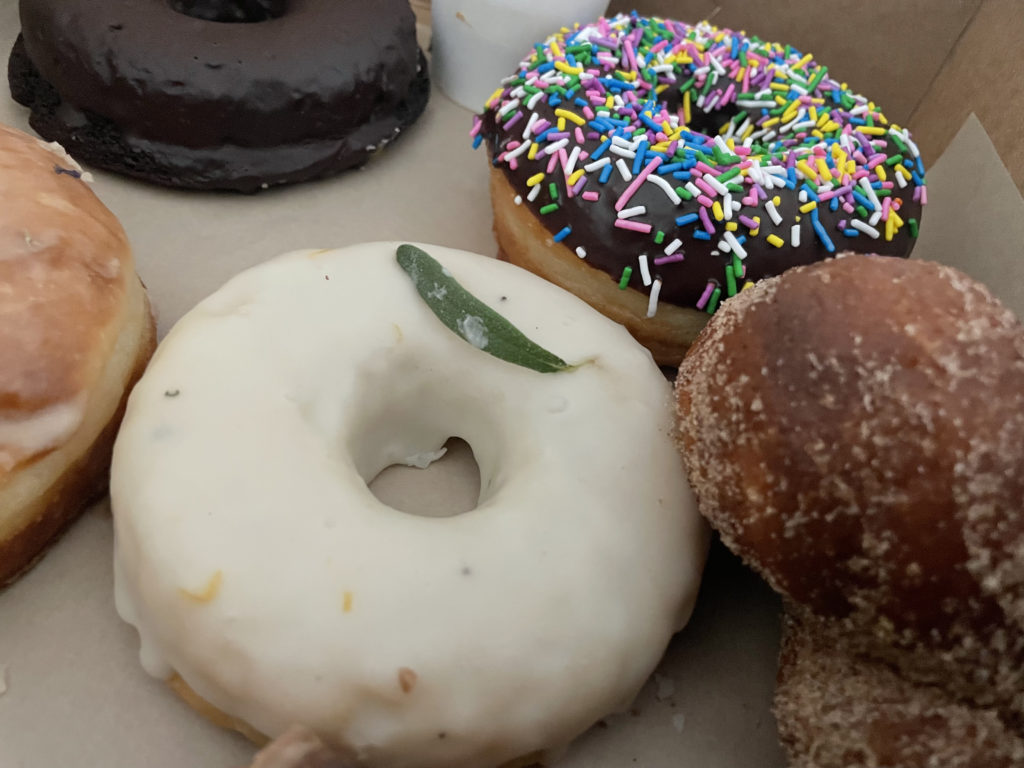 Tribeca in downtown Oakville is a popular place to grab a cup of coffee and a quick snack. They are a very cozy café in the heart of downtown and also serve a ton of specialty items that range from Nitro Coffee to gluten free desserts. They used to do edible cookie dough, but that seemed to be short lived and was replaced fairly recently with with a more enticing doughnut display. Marketed as “Wallflower Doughnuts” they serve a variety of common and not so common flavors of doughnut.

The doughnuts have the typical downtown Oakville price point however- $50 for bakers dozen of doughnuts is really high, especially when you see how small most of the doughnuts are. While paying for gluten free, keto and vegan friendly baked goods are usually a bit pricier, not all of their doughnuts fall under those categories. The doughnuts are quite varied in texture and size, they had some fluffier “standard” doughnuts, and then they had a few thinner, more spongy textured doughnuts. The filled doughnuts were actually quite large, but they had so many toppings on them it was a task to eat just one of them in one sitting (and without someone to help eat it!)

The standard flavors (chocolate, sprinkle, cinnamon) were a little underwhelming. Either something didn’t taste quite right or the texture was off. The best ones that Tribeca has in their arsenal of deep fried circles are the ones that get a bit wacky with their flavoring. The Cocoa Puffs and Dulce Twist are really good if you can share them with someone and the gluten free Rosemarie doughnut was something that was surprisingly good. Some of these flavors I wish they had non-gluten/vegan options for as well because they were so inventive.

The thing that’s great about Tribeca is that they are always trying new things and they have food and drink options for everyone. While the doughnuts aren’t the best we’ve had, the sheer amount of gluten free and vegan options makes their Wallflower Doughnuts worth checking out.