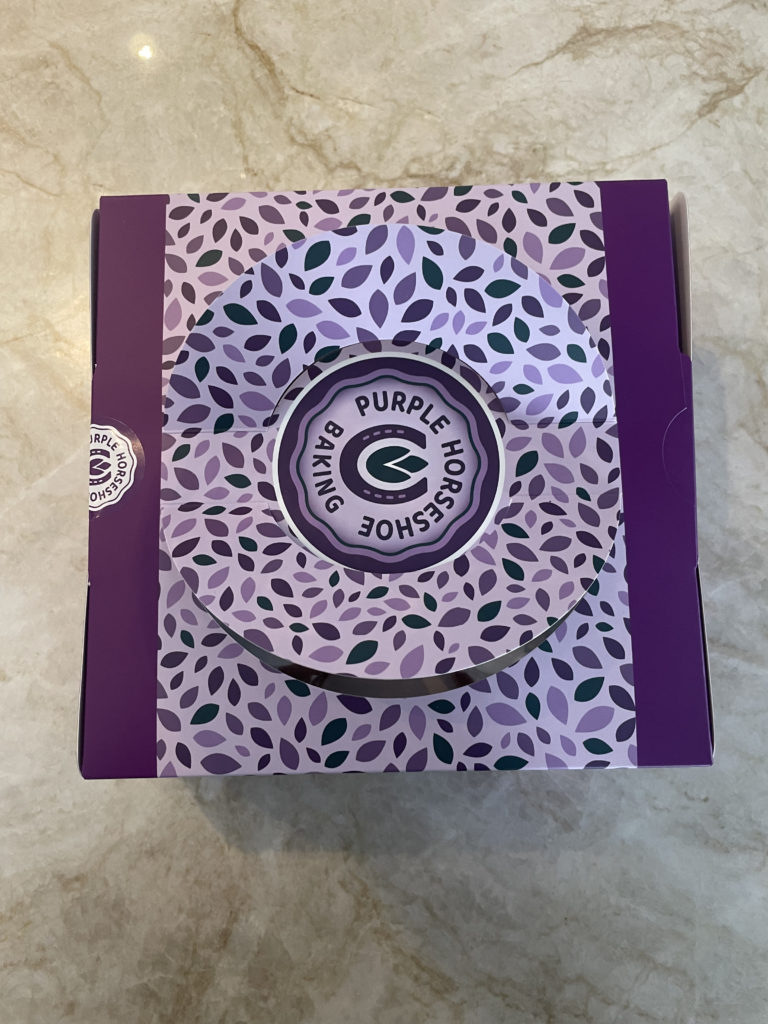 A cozy little bakery called Purple Horseshoe Baking Company opened up right by our house – pretty dangerous right? Of course we had to check if they had doughnuts- and lo and behold, they did! Sort of. The doughnuts there are actually little cakes formed into doughnut shapes- and inside the rings of the doughnut they actually managed to fill them with creme somehow. They have other things there such as cookies, loaf cakes and coffee but their website as of this writing only has information on their loaf cakes. They are right in the plaza on West Oak Trails- a plaza that’s starting to become more rejuvenated with newer businesses opening up in there.

But, back to the doughnuts! Or doughnut-shaped-cakes more accurately.

They aren’t cheap, at around six dollars a doughnut, but they are well worth the price. These would be good to bring to someone’s baby shower, a birthday, or some sort of specialized event and make as a great gift rather than an all around dessert for a group of people. They are very decadent treats with some pretty unique flavours. Yes, they still have a sprinkle doughnut (which looks exactly like Homer Simpson’s favourite pink glazed doughnut) but then they have a rich chocolatey one with edible gold garnish which just steps up the expectations of a classic doughnut flavour. For the more adventurous their maple and bacon flavoured one might call out to you, or one of the many other unique creations they have on display. The thing to remember is that all of these have a filling- but it’s not like a Boston Creme filling, it’s more jam-like and wet since it has to fit inside the ring of the doughnut. As mentioned before, the texture of these doughnuts is like a cake. They are soft and moist but don’t feel as “fluffy” as most doughnuts do.

The presentation shows a lot of care, Purple Horseshoe has their branding on point and their boxes for their doughnuts are beautifully decorated. The doughnuts themselves are a work of art, and it’s almost a shame to eat them… almost.

Visit www.purplehorseshoe.ca to make an order for your event, or to just drool over their delicious treats.

Next time we’re going out of town to a more classic doughnut joint….